UP-AND-COMING NEIGHBOURHOODS TO VISIT... BY THE NUMBERS: 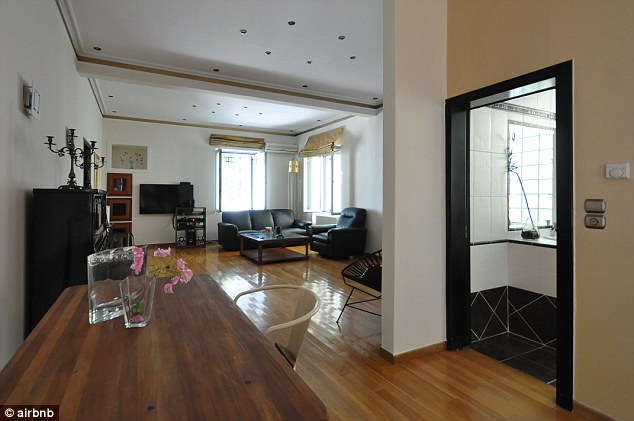 Adjacent to The Acropolis, Koukaki sits at the bottom of the Lofos Filopappou and is home to ancient treasures. Pictured is the interior of an Airbnb there

Adjacent to The Acropolis, Koukaki sits at the bottom of the Lofos Filopappou and, like all great neighborhoods in Greece, is home to many ancient treasures.

In recent years two pedestrian-only streets have cropped up in the neighborhood, Drakou and Olymbou streets, making it a fantastic destination for a wander.

After it became a pedestrian playground, the street morphed to have a cafe-like feel with all of the restaurants and bars placing tables and chairs outside. Grab a coffee, a book, and a seat and watch the parade of people go by.

While you can pop down almost anywhere to grab a drink, O Pmampas has a wide selection of beers, and Vinni Biraria has 66 beers on their menu. For 'creative' Greek cuisine, Edodi is a foodie haven. Ambrosia is popular for traditional Greek fare while Skoumbri specializes in seafood.